Refill running buffer and PwrPOP polymers for AB 3500 genetic analyzers are developed to meet the needs of AB 3500 users for high-quality yet cost-effective consumables. The refilled buffer and polymer usage is tracked with radio frequency identification (RFID) electronic tags. Refer to the user manuals for the details of the products that should be used based on the different version of the software.

Refill running buffer for AB 3500 Genetic Analyzers is to refill 1X fresh running buffer into used anode and cathode buffer containers. The three different types of polymers (PwrPOP-4, -6, and -7) are individually packed in disposable pouches for use on AB 3500 genetic analyzers (3500/3500XL). A conditioning reagent pouch is also available for users who need to switch between different types of polymers.

Refill Running Buffer for AB 3500 Genetic Analyzers comes with a buffer bag containing 140 ml of 1X running buffer, which is sufficient for filling one anode buffer and one cathode container. The anode and cathode buffer containers for the instruments are not provided. The buffer comes either with or without RFID tags for the running buffer. Check your software version before deciding if you need to purchase the running buffer or the polymer with an RFID tag or not as described in the user manuals.

“The polymer works perfectly. We do not see any difference between the sample and the ABI stuff.” — Director  of a core lab and Professor at an American university.

We have run our tests comparing AdvancedSeq Pwr POP7 vs. ABI POP 7 and we see no difference at all in the sequencing quality. Hence we are very happy with the lower cost AdvancedSeq product and will use that going forward.” –Director of a non-for-profit organization in the US.

Running buffer and polymers for other genetic analyzers? 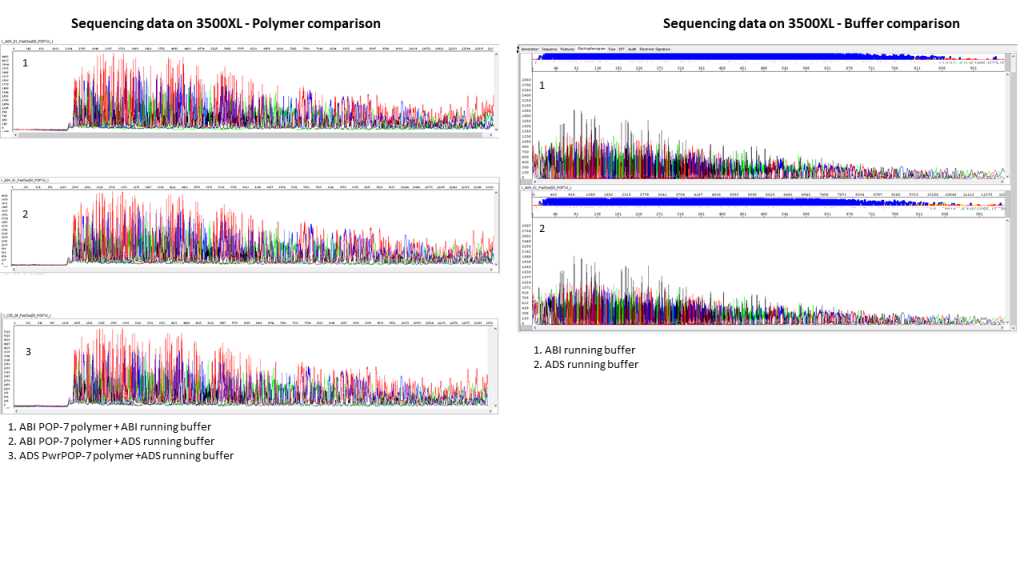 The polymer and running buffer products for use on AB 3500 genetic analyzers are compared for sequencing performance. 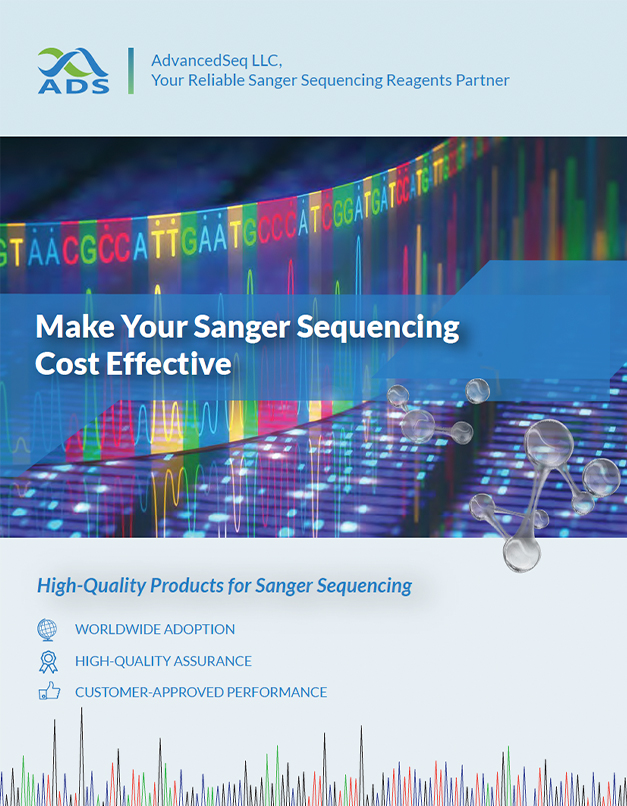 Note: The products are for research use only, not for diagnostic procedures.